Want it?  Order at your local independent bookseller, Barnes and Noble, Amazon, Kobo, or Apple iBooks

About the Book:
Sophie’s entrance into London society isn’t what she thought it would be. Mama isn’t there to guide her. Papa is buried in his work fighting Napoleon. And worst of all, the illness that left her with a limp, unable to dance at the Season’s balls, also took away her magic. When the dashing Lord Woodbridge starts showing an interest in her, Sophie wants to believe it’s genuine, but she can’t be sure he’s feeling anything more than pity.

Sophie’s problems escalate when someone uses magic to attack Papa at her first ball of the Season, and it soon becomes clear that all the members of the War Office are being targeted. Can Sophie regain her own powers, disentangle her love life, and save her father—and England?

In the glittering ballrooms of Regency London and Brussels on the eve of the Battle of Waterloo you’ll meet a sketchy fortune hunter, a magic-sensing parakeet, difficult aunts, a long-lost love, the Duke of Wellington…and a courageous young girl trying to find her balance in a dangerous world.

“Doyle has a talent for writing historical fiction…”–VOYA

“Similar in style and substance to her previous books, Doyle again provides a read that’s entertaining but also informative…. Especially crisp is the whodunit story line…. A nice history and mystery mingle.” –Booklist

Writing this book was like eating a huge box of candy, at least to this history geek. The second decade of the 19th century was an amazing time in London, in particular 1814-1815 which saw the two defeats of Napoleon (and the accompanying celebrations.) These were the golden years for that London social institution, Almack’s, where a group of aristocratic ladies decreed who was “in” and who wasn’t, including the fascinating Lady Jersey (I dream of writing a book about her and the Patronesses of Almack’s some day!) Most of the places mentioned in this book were real, including Rotten Row and Carleton House, London home of the Prince Regent. The party at Carleton House where Sophie and Peregrine quarreled was based on an actual one, as were smaller details like Sophie’s clothes and social customs like riding at 5 pm in Hyde Park and wearing black gloves when in mourning. To prevent confusion, I have changed or blurred a few details as a compromise between historical correctness and ease of understanding for today’s readers.

Brussels really was the party capital of Europe in spring 1815 as I have depicted it. English aristocrats swarmed over the Channel after Napoleon’s first defeat in 1814, having been deprived of European travel (and shopping!) for so many years. Between them and the masses of officers sent over to engage in re-defeating Napoleon (which they eventually did, at the Battle of Waterloo in June), life in Brussels was a constant succession of balls, concerts, dinners, picnics, breakfasts, routs, and card parties. Even on the eve of the first engagements of the Battle of Waterloo Brussels partied, and many British officers fought and died still in their evening clothes. If you’re interested in learning more about this time and place, I highly recommend Georgette Heyer’s An Infamous Army (her account of the Battle was studied at Sandhurst, Britain’s West Point) and Nick Foulkes’s non-fictional but delightfully engaging Dancing into Battle: A Social History of the Battle of Waterloo.

Sophie’s illness was polio. A small part of her is based on a lady I knew and loved as a child who’d had the same affliction as Sophie…but who was not, as far as I know, a witch. She wore special shoes that helped her walk more normally…as did, by the way, Prince Talleyrand, foreign minister to both Napoleon and Louis XVIII, who was born with a clubfoot. It didn’t keep him from being one of the shakers and movers of the era, but not all people with disabilities were so lucky. Outward disabilities like Sophie’s were often assumed to be symptoms of inner defects, either mental or spiritual, or divine punishment for somehow being “bad”. As much as I love history, there are parts of it I am glad no longer hold true. 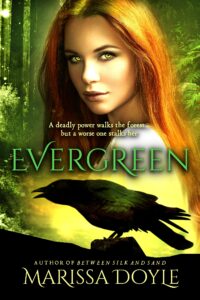